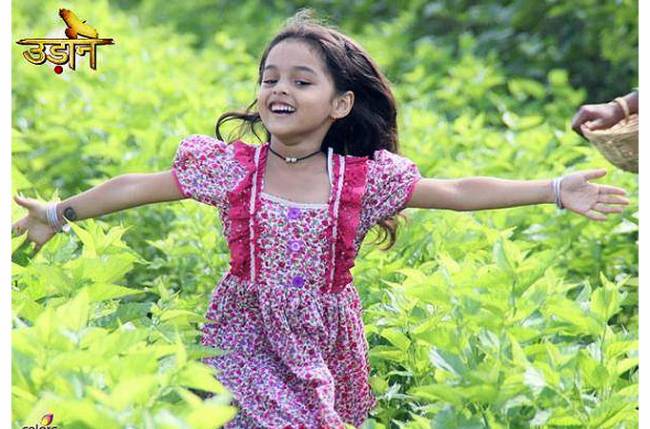 Colors’ show Udann (Gurudev Bhalla and Dhaval Gada) has always been churning out many social issues and in the upcoming sequence the daily is going to focus on the issue flesh trade.

But, before that, here we are proving you with the details of coming twists in the plot.

While Chakor has reached Mumbai, she is trying to return to Lucknow to meet her family and Bhagya (Sheetal Pandya), who has not been keeping well. And in such situation Rocky (Naveen Sharma), a young man from Mumbai has been aiding the little girl to reach her native place.

A source shared, “In upcoming episodes it will be seen that Arjun (Vineet Raina) will visit Mumbai in search of Chakor. And in the city both of them will nearly end up bumping on each other, but unfortunately will miss to notice one another”.

On the other hand, Chakor will discuss her problems with Rocky and will decide to earn money to support herself to go back to her place. But some unfortunate moments will be waiting for the little one. Due to his mental problem Rocky will later on abandon Chakor in the big city all by herself.

Simultaneously, it will be seen that Tejaswini (Prachee Pathak) will soon be back from jail and will try to trouble Chakor’s family. But upon seeing her daughter, Bhagya’s condition she will also try to trace Chakor.

We tried reaching Prachee for a comment, but she remained unavailable.

So, what will happen to Chakor? Will Arjun be able to find Chakor?

This channel is all set to introduce a ‘new’ CRIME show soon.

Saumya Tandon ‘faints’ on the set of Bhabhiji Ghar…

“Singing has always been more than just a hobby,” reveals Neha Marda!