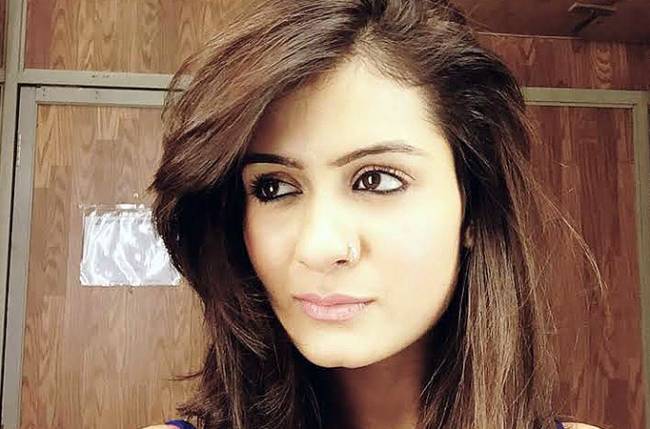 The bubbly Rinki aka Resha Konkar, is today seen as the jealous and insecure sister in Yeh Hai Mohabbatein (Star Plus and Balaji Telefilms).

Well, even though she might be receiving flak from viewers about her character change, the actress is definitely enjoying playing the grey shade.

“As an actor, every one of us craves for change and script that is a challenge to perform. On daily shows there are so many character that you need to play around to be able to stand out. I am really thankful to the makers and the writers to have had belief in me that I could pull off such a role,” said Resha.

Talking about her journey, the pretty girl stated, “Initially when the show started, I was just a mere stand piece. I had no lines and was just asked to offer tea around in the scene. Once I actually broke down feeling lost as an actor in YHM. But thankfully post the leap, I have got an opportunity to be able to perform. Today I can proudly say, that Rinki was definitely not written to just serve tea (smiles).”

Resha also beliefs that her character is not negative but very real. “Every family has people like Rinki who want the best for themselves. And she is not even selfish; all she wants is that her husband Mihir (Raj Singh Arora) gets his due of being with Raman (Karan Patel) all these years. She wants a happy life and that definitely is justifiable.”

“I am really enjoying the lines and scenes that are being written these days. To be honest I was quite apprehensive as I felt that I will never be able to do so much. Also to keep it subtle and not make it vampish is a challenge, and I am basking in the glory of my good work. Friends, families and fans have been also showering me with compliments and I don’t think I can ask for more,” said the charming Resha.

And finally when we asked her what is her take on ‘monies’ in her personal life, the girl laughed, “I have a brother in real life and I think I will have no issue if my parents name the entire property to him. I personally believe in the concept of ‘my money’ and earn and spend it at my own will. I don’t want to depend on my parents for my financial status ever.”

Believe it or not Anil Kapoor worked in ‘1942: A Love Story’ only because he loved the songs