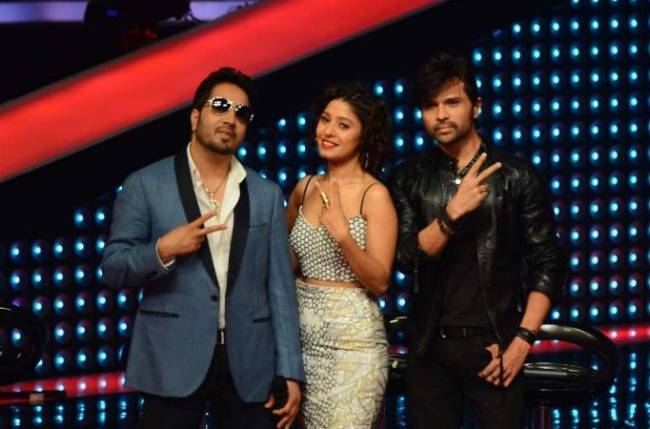 Bollywood singers Mika Singh and Sunidhi Chauhan, who play coaches in the singing reality show “The Voice India”, will soon be seen learning a Sikkimese language from a contestant from the northeastern state.

In the forthcoming episode, 20-year-old Passang Doma Lama from Sikkim, who works as an accounts clerk at the crime branch CID police headquarters in Mumbai, will be seen singing “Ganesh Vandana” after which the judges will request her to teach them how to say ‘thank you’ in her native language, according to a source.

Sunidhi and Mika, who are seen on the &TV show along with Himesh Reshammiya and Shaan, will reportedly say ‘Thuji’ — thank you in the Sikkimese language — to Lama.

“Pasang won the hearts of Mika and Sunidhi for her outstanding performance. Mika was impressed with her and when he got to know that Passang hails from Gangtok, in Sikkim, he got very excited.

Mika and Sunidhi were very curious to learn Passang’s native language. “They took special language classes from her and thanked her in her language,” the source said in a statement.

The episode will be aired on Saturday.

Don’t HATE the people responsible for my exit in Ace of Space 2: Nikita Bhamidipati

This ‘Nach Baliye 8’ contestant reacts to ‘having a FIGHT’ on the sets..!