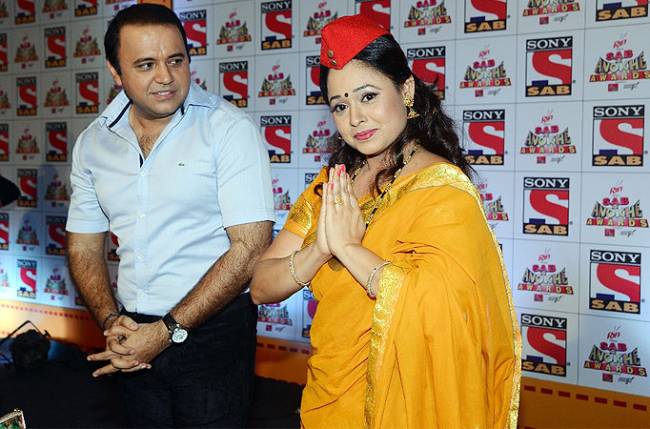 Madhavi (Sonalika Joshi) and Atmaram Bhide (Mandar Chandwadkar) from Taarak Mehta Ka Ooltah Chashmahrecently walked the red carpet for SAB TV’s fourth edition of SAB Ke Anokhe Awards. Both of them were seen interacting with their fans and Madhavi was sporting enough to pose with a airhostess cap.

The couple from the popular show performed on a medley of songs which was a part of the opening act for the awards function. When asked what was so unique about this awards show, Bhide said, “Everything is unique about SAB Ke Anokhe Awards, the show celebrates being unique and the family of Taarak Mehta Ka Ooltah Chashmahis unique too in many ways.”

Get a glimpse of all the unique performances only on SAB Ke Anokhe Awards on 31 July, 9 pm.