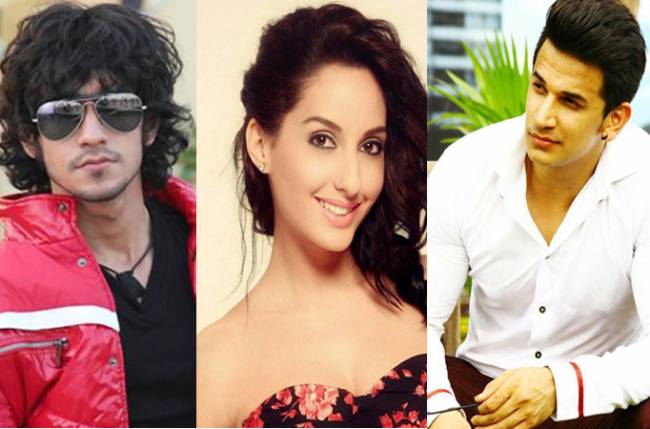 Too much drama happening in Bigg Boss 9 (Endemol & Colors) for sure!

And after the tasks and fights, it’s time to see a love triangle blooming!

Since Nora Fatehi-Rishabh Sinha spent most of the day together owing to the punishment task, the two were caught playfully flirting with each other. When Prince spotted them, he ignored the two even as he crossed them and kept walking.

This is when Nora called him back and asked him what is wrong and Rishabh, to annoy Prince further, pulled Nora close to him and said – there’s nothing between us, don’t worry!

Prince on his part clarified he does not have any problem and continued with his household chores.

However, late into the night, when Nora and Prince were talking, she told him it is very visible that he is jealous of Rishabh when she hangs out with him. She also told him that Mandana Karimi has told Rishabh that she is using Prince as a card right now and knows that Prince will be on her side when need be and that’s why she is being nice to him.

What is your take on the entire love drama in Bigg Boss???

Kundali Bhagya actress Shraddha shares a BTS video having off the sets fun with Anjum Faikh!