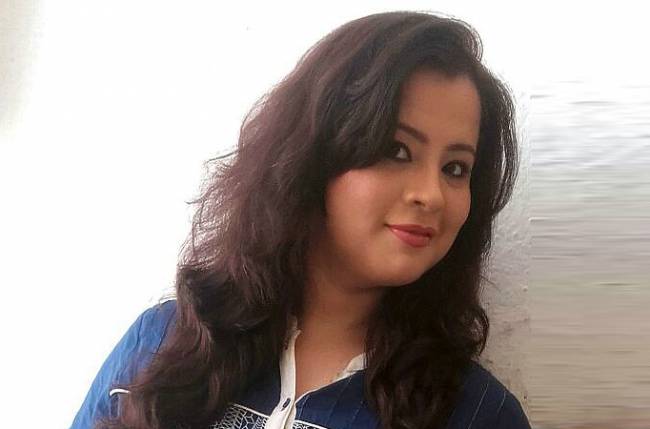 Talented actress Ekta Sharma is back after a hiatus of nearly two and half years!! Ekta who is best remembered for her adorable ‘sister’ role in the hit series Kkusum, will return with Zee TV’s next ambitious project, Vishkanya – Ek Anokhi Prem Kahaani produced by Peninsula Pictures.

For Ekta, this will be a happy comeback to working with Producers Alind Srivastava and Nissar Parvez, after her stint in their earlier show Suvreen Guggal on Channel V.

In Vishkanya, Ekta will play the comic negative lead, and will essay the role of the lead guy’s (Vin Rana) chachi. She will have an important take in the story telling.

When contacted, Ekta confirmed the news saying, “Yes, I had opted for a break after my stint in Suvreen Guggalas I was pregnant. This will be my first show after enjoying motherhood. It’s been two and half years since I faced the camera. I am super excited. The biggest bonus is that I have worked with the Producers Nissar and Alind before.”

Ekta has had a vast body of work and has been part of many successful Ekta Kapoor projects like Kkusum, Kis Desh Mein Hai Meraa Dil, Kyunki Saas Bhi Kabhi Bahu Thi, Khwaish. Her other work includes Saara Akash, Rishton Ki Dor to name a few.

As we know, Vin Rana and Aishwarya Khare will be playing the leads in Vishkanya.

This ‘Yeh Rishta Kya Kehlata Hai’ actress is under the weather

More than the role, the ‘supernatural’ genre excited me: Sumit Kaul