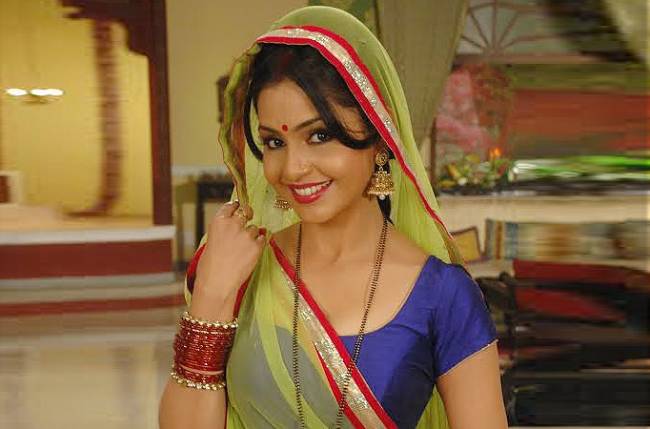 After a small hiatus, television’s most popular Bhabhi is all set to make a comeback tonight on &TV. While both Tiwari (Rohitashv Gour) and Vibhuti (Aasif Sheikh) have been waiting with bated breath for Angoori, their prayers have been answered, and Angoori will soon step back into their lives. Popular actress Shubhangi Atrewill now be seen portraying the role of Angoori Bhabhi in &TV’s popular sitcom Bhabhi Ji Ghar Par Hain! And what an entry it will be! Vibhuti, in anticipation of his beloved Bhabhi falls off his balcony in a futile attempt to catch a glimpse of Angoori. Will Vibhuti regain his eyesight and be able to see bhabi ji; the moment for which he has waited for months?

An elated Shubhangi Atre said, “I am extremely excited and equally nervous on being chosen to play such a beautiful character on television. The show – Bhabhiji Ghar Par Hain has a cult following and playing the character of Angoori is quite challenging. My job is now to understand the director’s vision and do complete justice to it. I hope the loyal fans of the show bestow the same love upon me as they have showered before. We have great bunch of talented actors with impeccable comic timing and I hope to re-create the same magic with them on screen.” She further adds, “During the shoot, I was already very nervous, but everyone was so accommodating that I felt at ease. Additionally, the situations that have been penned are so real, that I started laughing with Aasifji’s lines! And the way Rohitashji calls out to Angoori as Paggli is extremely endearing.”

This actress got OUSTED from her show without being NOTIFIED?

When ‘Classy’ meets ‘Massy’ On India’s Next Superstars

Saumya Tandon ‘faints’ on the set of Bhabhiji Ghar…