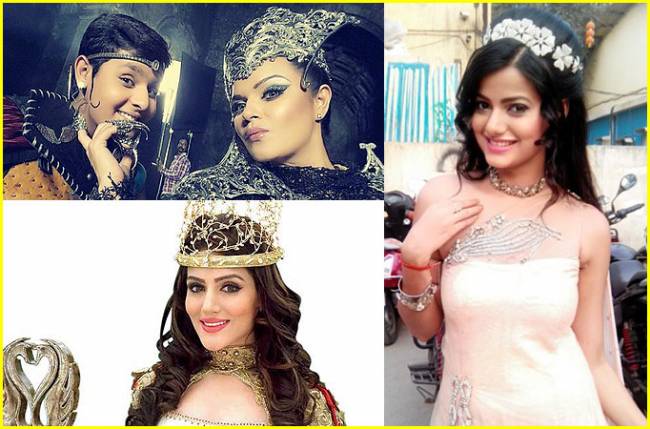 In the coming episodes, Mahavinashini (Aashka Goradia) will plan vicious plots for Baalveer and Rani Pari.

Mahavinashini being the most powerful evil pari, will make a look-like puppet of Baalveer (Dev Joshi) and the doll will create havoc in Parilok. This will irk all the paris’ and they will plan to kill Baalveer.

Later, Mahavinashini will also decide to kill Rani Pari (Sudeepa Singh) but Gaal pari will learn about it and come as a savior for Rani pari and Baalveer.

As we know Gaal pari has the power in her cheeks, from which she would blow balloons and helps both of them.

Later, Gaal pari will also come to prithvi lok for Rani pari’s protection. Both the paris will abode to prithvi lok from parilok and live a normal human life. For the first time viewers will see these beautiful fairies living such a life.

Suman Gupta aka Gaal pari confirmed and shared, “It’s a complete new experience as being a pari, I have only shot in chroma. Now enacting normal scenes in prithvilok will attract viewers as everybody would fantasize about the paris’ whereabouts and their lifestyle. I am sure my fans are going to enjoy my new look.”

Watch this particular sequence in the coming days.

When Arjun got ‘furious’ at Mukti on Khatron Ke Khiladi

It’s an early pack-up every day for Razia Sultan’s Sambhavna Seth…Find out WHY?