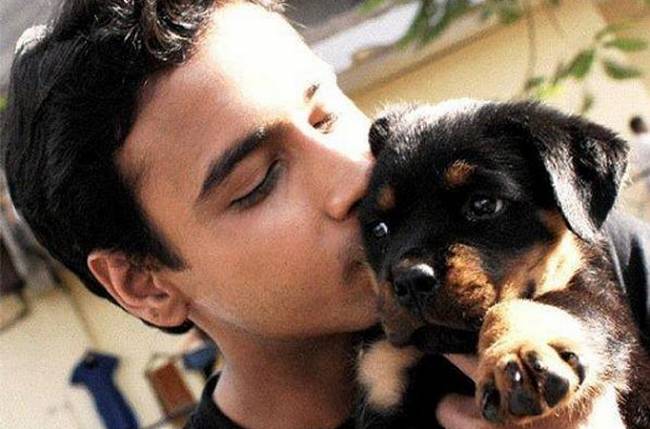 A dog is the only thing on earth that loves you more than you love yourself. Looks like Yash Dasgupta has taken the sayong to heart, because the talented actor has gotten a cute pup as a New Year gift.

buzzed the actor to know more about it, “I believe that self-gifting is the best thing to do as we know what we want!”

He added, “I have named him ‘Happy’. He brings a smile to my face. I feel happy whenever I see him.”

“Animals teach us about unconditional love. When we return home, we might find others (family members) sleeping… but not them. No matter what, they would wait for you. Once you return, they would cuddle with you and shower you with love and affection.”

Aww …such a cute explanation!

We asked him to share about his proudest and saddest moment of  2015.

“My proudest moment was when I won the ‘People’s Choice Best Actor Award’. You see, teleserials are dominated by women. However, after trying hard, I have made my own identity among my viewers,” he said.

“The saddest moment was when I injured my left hand on the sets of Bojhena Shey Bojhena. While shooting a Diwali sequence, a big rongmoshal (a type of fire cracker) had exploded, burning my hand. Owing to this, both the show and I had to suffer for a few days. It was a bad phase of my life,” he added.

Talking about his New Year plan, the actor said, “I have no plans as such. I remain so packed with shooting that I do not get much time. I had worked on 31st !, I plan to spend some quality time at home and might take my dog out for a walk.”

Do you have any New Year resolutions? “I do not have any resolution as I fail to keep them… I want to work harder…that’s it.”

We wish the actor a great life and career ahead. Cheers!

No person can get you role for money or sexual favours on television shows: Producer Amir Jaffar

Super Dancer 2 gets 3rd extension, read to know all the details