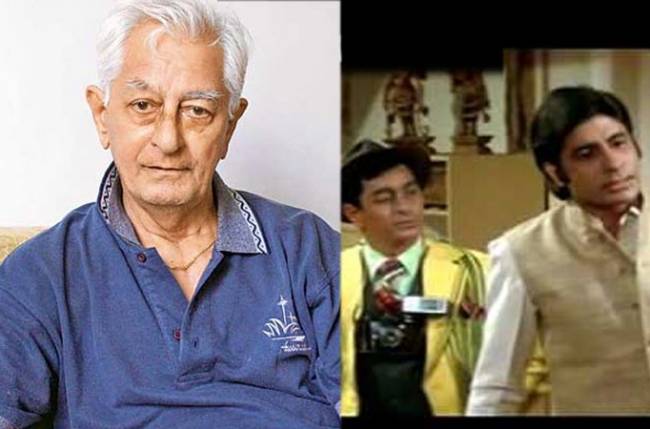 It’s time to recollect a ‘classy sequence’, still fresh in our hearts from the evergreen movie, Namak Halaal… Do you remember the fun-filled song and dance number ‘Pag Ghungroo Baandh’ from the movie wherein the tall and lanky turban-clad Amitabh Bachchan had a hilarious interaction with the character Bhairon?

Aah, to tell you more, the actor who essayed the role of Bhairon, Ram Sethi went on to star with Big B in many a hilarious characters in the movies Muqaddar Ka Sikandar, Kaalia, Zanjeer and many more…

Well, the news now doing rounds is that the veteran actor Ram Sethi will now debut on television!!

Yes, the grand old man of Bollywood, will be seen in Zee TV’s upcoming show, Tashan-E-Ishq, produced by Esselvision Productions.

As per a reliable source, “Sethi has signed on the dotted lines for the TV show. He will play the husband of actress Beena Banerjee. He will be seen as a very loving nana (grandfather).”

We tried to confirm this piece of news from the channel spokesperson, but did not get any confirmation.

Television is certainly in for a good phase with actors of such calibre playing predominant roles.

“I am putting all my efforts to do justice to my character.” – Amit Khanna

Adhvik Mahajan roped in as the PARALLEL LEAD in Yash Patnaik’s next on Colors?

This ‘Nach Baliye 8’ contestant reacts to ‘having a FIGHT’ on the sets..!