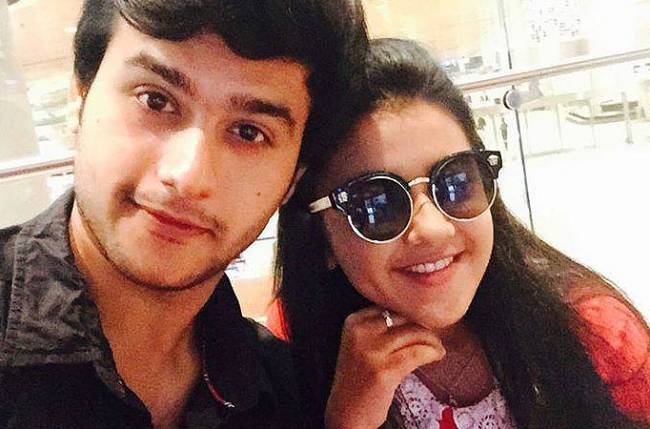 Zee TV’s Yeh Vaada Raha may be all about love, but things are definitely not on the same track off screen.

The leads, Ankush Arora and Roshni Walia are said to have locked horns recently while shooting for a sequence.

According to our sources, the young actress Roshni recently had a showdown with Ankush, post which she was left wailing her heart out.

Here is what transpired…

Shared an eye witness, “Anuksh asked Roshni to shift her position while shooting for a particular scene. Roshni, who was directed to stand at that specific point refused to budge. Ankush thus in an affirmative tone told her to move, leaving the girl all emotional. She started crying and called her mother, who came down swiftly and confronted Ankush. Thankfully, things have now sorted between the two”

To know more about the entire incident, we buzzed Roshni’s mom, actress Sweety Walia, who revealed, “I was shooting for Yeh Hai Mohabbatein and got a call from Roshni, who was crying. She informed me that Ankush shouted on her without any reason. This really pissed me off, and I quickly rushed to the set. I made it a point to clarify with Ankush about it in front of everyone, so that he realizes his mistake. He is nobody to treat my daughter like this. He might have attitude issues, but why should we suffer the brunt? My daughter is very young and this kind of behavior is absolutely not acceptable.”

We also called Ankush to know about his part of the story. He shared, “It wasn’t anything major. I asked her to move, but when she did not, I raised my voice unknowingly. I did not mean to hurt her, but it just situational. I did apologies to her as I consider her to be my younger sister.”

We hope both the actors patch up soon!!

‘Offline’ is my first real outing outside television: Farhan Imroze

It’s NOT the end of Nehalaxmi Iyer and Leenesh Mattoo’s track in ‘Dil Boley Oberoi’ and ‘Ishqbaaaz’?