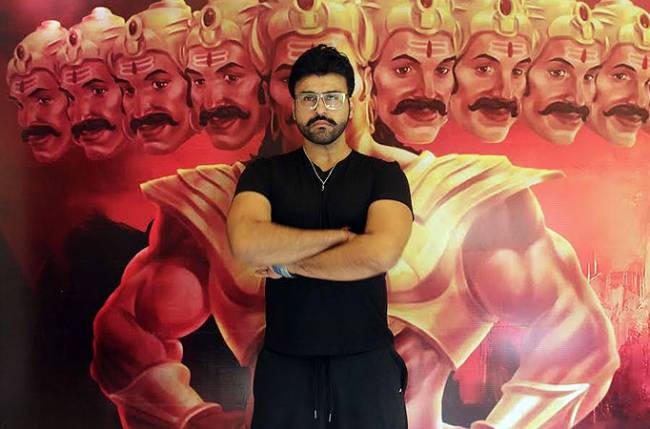 Sony Entertainment Television’s upcoming masterpiece Sankat Mochan Mahabali Hanuman is already grabbing the viewers’ attention through its visually rich teasers. As the name suggest this mythological show will be based on the life story of Lord Hanuman and the title role will be portrayed by talented actor Nirbhay Wadhwa. The latest we hear is that the dashing actor Aarya Babbar is all set to essay the role of the ultimate antihero Raavan in the show. The talented actor who gained popularity through his stint in Bollywood is all set to make his debut in a fiction show on television.

A source close to the show told us, “Keeping in mind Aarya’s brawny physique the makers have zeroed on him to play Raavan. Even the actor is excited to act in a mythological show and to get into the nerve of the character, Aarya is doing his part of research. He is reading a lot of books based on the life story of Raavan and is also working on his body features to give a look similar to Raavan on-screen.”

Raavan – follower of lord Shiva who is known for his powers and intelligence, portraying the character on-screen comes with a great challenge. When contacted Aarya for further details, he said, “I’m really happy to play such an important and interesting role. Raavan was an intelligent and powerful protagonist who has been mistaken for an antagonist. The show is huge and my character will look different from what one has seen previously on screen. I found the character of Raavan very fascinating and appealing after hearing the first narration, so I opted for this role.”

Looks like Aarya Babbar is so fascinated with the character that he has even started praying to Raavan.

To catch the phenomenal performance of Aarya Babbar do watch the upcoming mythological show Sankat Mochan Mahabali Hanuman only on Sony Entertainment Television.

Divya Agarwal has this sweet message for Varun Sood

THIS is why Rithvik Dhanjani and Asha Negi are made for each other!