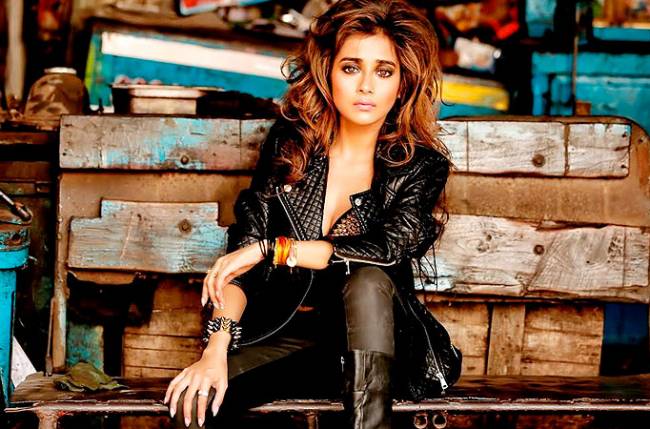 Actress Tina Dutta, the first female contestant to get eliminated from the seventh season of stunt based reality TV show “Khatron Ke Khiladi – Kabhi Peeda Kabhi Keeda“, says her experience is an answer to those who considered her a “delicate darling”.

“On ‘Khatron Ke Khiladi‘, I discovered myself. This show was an answer to everyone who thought I was a delicate darling. Overcoming your biggest fear when you are on television in front of the cameras can be your worst nightmare, but this show captures the journey in the most beautiful way,” Tina said in a statement.

Tina lost to actors Aishwarya Sakhuja and Vivan Bhatena in a task titled ‘Underwater safe save’.

The “Uttaran” star says she never thought that “trying new things and moving out from your comfort zone would turn out to be so adventurous”.

“I had the time of my life while in Argentina with the other contestants, each and every one surprised me with their talent. I wish good luck to the rest of the contestants. Keep fighting the khatras,” she added.

The Colors channel show, which is hosted by Bollywood actor Arjun Kapoor, has been shot in Argentina. The contestants, who are still a part of the show include names like Sana Saeed, Yuvraj Walmiki, Mukti Mohan and Raghav Juyal.

Vivaan hurled with Insults, ‘SHATTERED’ due to his shortcomings in Udann!