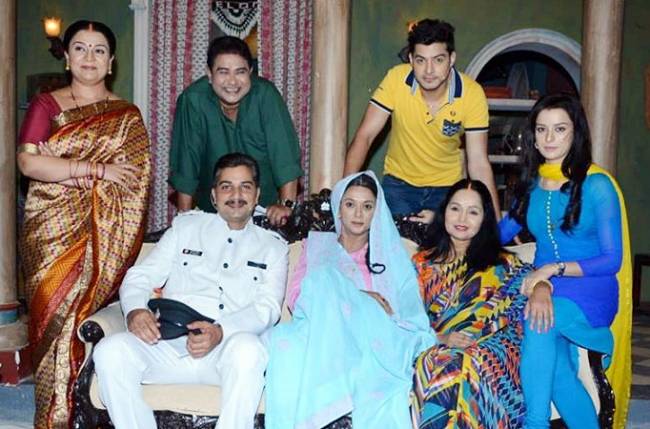 Star Plus is on a spree rolling out interesting projects one after another. Upcoming shows by Beyond Dreams, Playtime Productions, Panorama Productions, Peninsula Pictures and Nikhil Advani Productions wait in the pipeline to be launched soon.

And to fit in these, the channel is trying to create slots for the upcoming shows.

Though there is no news of any of the current shows going off air, here we bring to you news of a slight programming change on Star Plus.

Sphereorigins’ Mere Angne Mein that airs at the 5:30 pm slot for an hour will now air from 6 pm for 30minutes.

Shared a source, “With all fiction shows going daily it was getting difficult for the team to churn out hour long episodes. Also the channel is currently trying to get some slots to pave way for new shows and thus decided to cut down Mere Angne Mein’s airing time.”

The following change will come in effect from 28 February. As per now, the time slot will air repeat telecast of some shows.

The lead actor of the show, Karam Rajpal confirmed the news

Kushal Tandon and Karishma Sharma get into a DEBATE!

“Bandook ki goli aur kanoon boli”: Everything you need to know about Agnifera!